Even today, I wonder if I made the right choice in changing majors. I would tell people my current major and sometimes have to tell what my previous major was. Sometimes I wonder if people think I'm crazy for doing so. So far I'm kind of enjoying the modeling making: cutting wood, folding paper, laser cutting plastic, etc. Plus I'm learning a bit about drafting in programs like autocad and revit. I keep telling people that it's not easy, it's a little like animation/illustration, just a new level of difficulty (new expectations and demands).
Anyway, I figured I'd try to show you guys the things I have done so far. In one of my classes, we had to create new folding techniques using bristol paper, here are the final nine designs that I came up with: 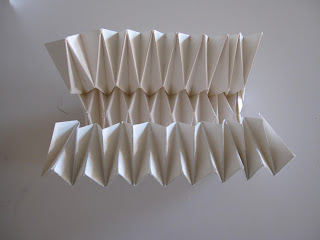 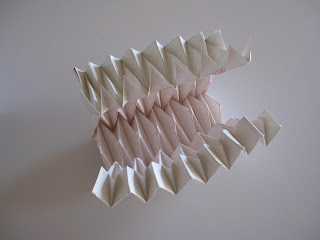 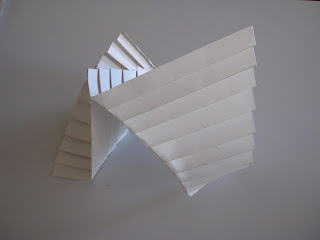 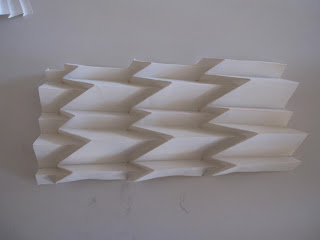 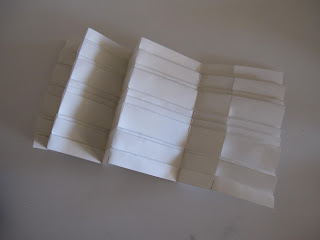 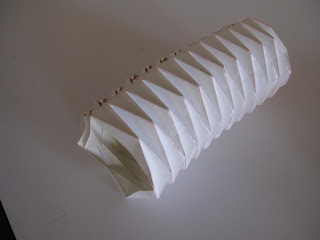 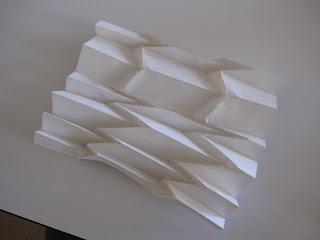 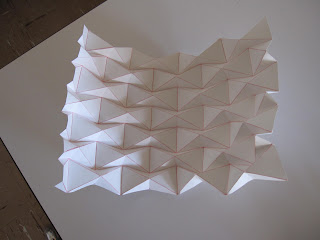 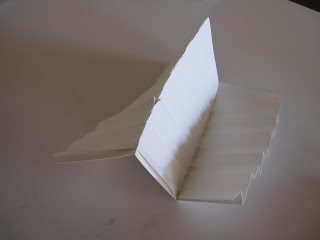 Most of them look the same, that's just because I took off the same design idea and made a couple of changes to make it slightly different from the original. In my rendering class, a few weeks ago, we had to take a picture of four chairs and a table and practice rendering them with various medias. The first one is rendered on paper with a black colored pencil: 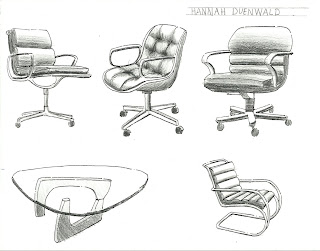 This one was rendered on trace paper using chartpak markers and a black colored pencil (word to the wise, chartpak are strong markers, they can easily make one high from the stench). 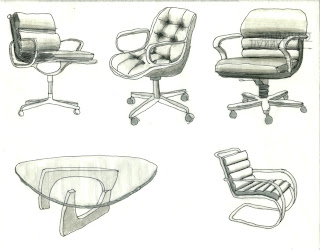 This one was rendering on bond paper using chartpak markers: 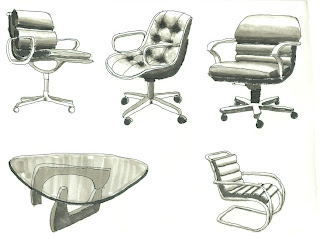 Here's a more recent assignment I did for my rendering class, we were told to take two objects and make a plan, a front elevation, a side elevation, and an axon plan for each while showing how they each function. So it was more like an industrial design project. For this, I did a miniature stapler and a can opener: 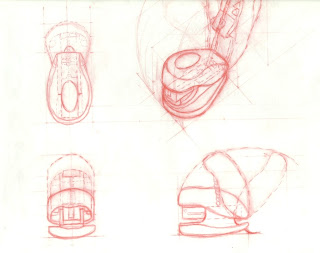 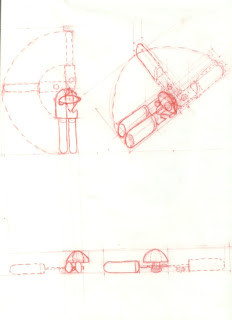 Besides from the multiple projects and assignments given from school, I've been able to find a little time to render. About twice in two weeks, I went to flames with my classmates for drinks, there I did a few sketches of what was in the restaurant: 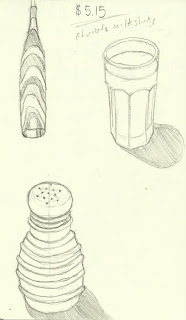 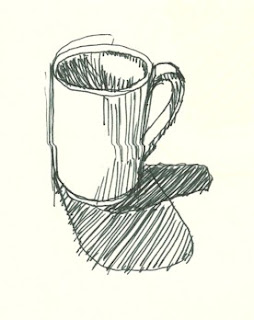 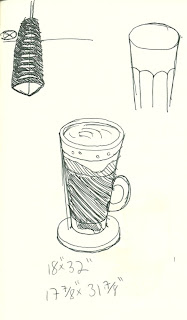 That's pretty much it for now, I've done a couple of other renderings and sketches, but I don't feel like showing them. Next time, I'll try to show you my laser cuts.
Posted by hannahduenwald at 3:11 PM No comments:

I know it's been a while since I posted anything, I've been a big occupied with my classes and whatnot. Right now, I'm learning to how to use Autocad to make floor plans, how to render shapes and furniture, and making various designs out of wood and Bristol paper. For now, I'll just show you guys my stacking project. We were told to first make a plan, a elevation, and an axon view for one of our walls which we make by stacking pieces of wood. So here's one rough done in pencil, and one done in pen: 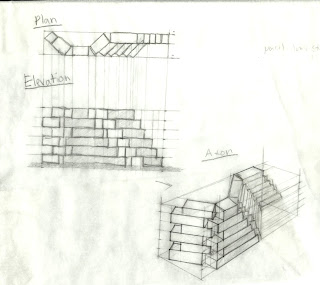 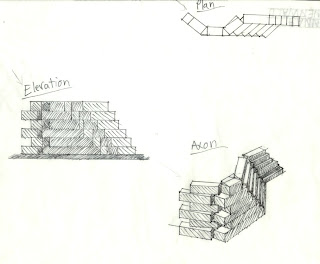 For the actual wall, we had to make three different designs that had to be about 7"x14": 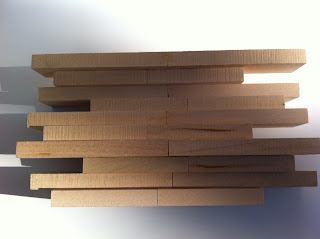 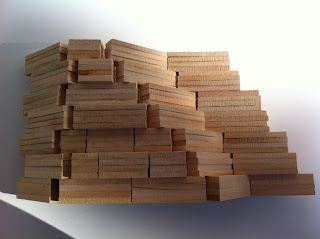 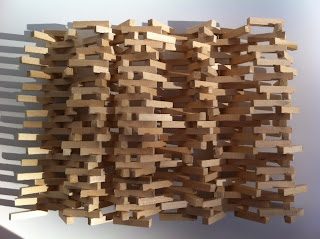 Personally I had a little fun with the construction process, it's a little like stacking blocks when you're a little kid. Anyway, the professor thought the last model at the bottom was the best out of all three. Next time, I'll show you guys some of the furniture renderings I've done with a black colored pencil and gray chartpak markers, and maybe some of the fold models I've done.
Posted by hannahduenwald at 12:42 PM No comments: